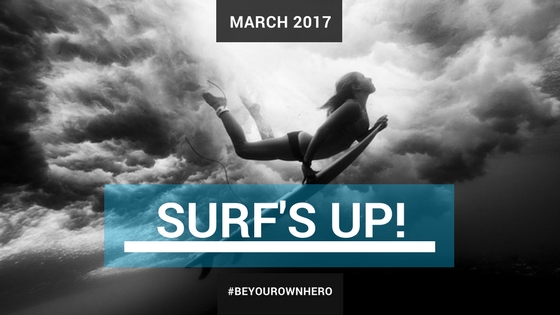 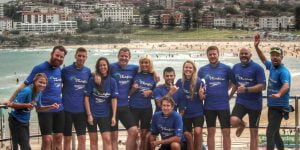 Team Onset getting ready to ride the Bondi breaks. . .

So, February was my turn to run Onset’s BeYourOwnHero program and I thought it was time that the Onset team swapped the white-board for the surf-board and show how AGILE we really are.

Olly and Annika agreed that you can’t beat spending a day on Australia’s iconic Bondi Beach in your first week with a new crew, and from the moment it was announced, the excitement was palpable. Several of the team were eager to show off their surfing skills, as well as their beach bodies! In saying this, some bodies are best kept covered up and yes I’m talking about you Sean “Casper” McCartan. It’s just as well we all brought our sunglasses!

We battled midday traffic and finally found some parking in Bondi, (which in itself was a team bonding exercise) then made the short stroll to the surf school and prepared ourselves for dreaded wetsuit fitting. You have never seen so much “chicken chesting” and “gut sucking” in one place. Rumour has it Andrew actually passed out from holding his breath for too long.

We signed the obligatory health and safety forms (and like most recruiters, we may or not have read the small print!), then off we went, down to the beach to collect our (beginner) boards and begin our lesson.

While the rest of us struggled to stand up on shore, we could see the benefits of ‘Stas and Luda mastering Pilates as they seemed way too graceful for first-time surfers. Some of us were naturals, as Ronny “no hair anywhere” Haughton and Russell “got any jobs” Gallagher were chopping at the bit to get into the water.

After mastering the basics, we were thrust into the deep end. Now, it wasn’t a bad day weather wise, but even the small waves were a little daunting as we tried to put into action the new techniques we’d rehearsed easily on the sand. Applying these skills on a board flying through crashing waves was a lot harder than we expected. Never fear though, we had 3 expert instructors to give us hands-on help and guide us off the breaks.

The whole team fully embraced the lesson and (almost) everyone managed to stand up, some more polished than others. Often it was the smallest of changes that made the difference to getting upright – hand placement, timing, feet positioning, and staying patient.

The hour flew by and before you knew it, the lesson was coming to an end.  We were all exhausted but the smiles on everyone’s faces told the true story. We’d conquered fears, pushed ourselves out of our comfort zones, and celebrated every moment of anyone’s wave riding with massive cheers and laughs.

We were reminded of the power that making a small change can make. The margin of error between success and failure rides on mastering the nuances of every technique. The parallels to our own work in recruitment were not lost on any us, and you can bet Aaron had no shortage of analogies to send this point home!

Once we’d showered and posed for a few social media snaps, it was onto the North Bondi RSL for some well-deserved food and drink. Claire’s event planning skills were on show with great food for all, and with the adrenaline pumping, the competitive streak came out . . . as the drinks flowed, my stories of mastering the ocean got taller, just like the waves we’d just been surfing!

Overall, a great afternoon was had by all – and just to top it all off, proving once again you should give everything a go – one of the team even won the seafood platter later that night. Cheering! 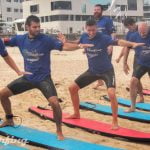 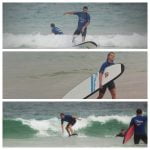 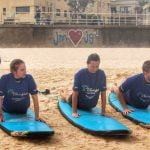 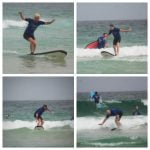 Be Your Own Hero
Newer Post “Forget GQ, what’s your CQ?” Older Post Wishing you all a safe and festive end to 2016.
One size fits all? Uhhhh no.
Square Peg? Not us - not you!
Train hard to play hard!
Show me the money : Show me the quan!
Normal is boring!
United colours of Onset!
Be Mobile - Be Better!
Zero to Hero!
Get Defined!
Let's Chat
Share my resume
Looking for a contract hire?
Looking for a fulltime hire?
Do you want Great Candidates?
Career Opportunities