Clocklocked – can you solve away and save the day???

Sept 2016: A table. Books. Paintings. A locked door. You have 60 minutes to find the key and escape – are you up for the challenge? The team at Onset sure was!

Breaking the humdrum tradition of team bonding being just food and (lots of) drinks, the Onset crew set out for this month’s BeYourOwnHero session to a mysterious event where we were only given the location a few minutes before embarking en route.

Upon arriving at Clock Locked, the team was split in two and each group was given a unique backstory:

It was interesting to break the routine and interact with people that we don’t normally work with as closely in the office. In “Team Da Vinci”, Ronny powered through the first few puzzles and gave the crew a wonderful head start. Whenever we did encounter some difficulty, one of the team members would always pitch in and suggest a new way of looking at the clue – this usually opened up a new path of thinking and ultimately a solution. We all complemented each other: some team members were great with word puzzles while others were better at the math and still others were able to suggest new places to look and things to try. In the end, after 12 steps solved, and when the team’s mental prowess had waned, Aaron somehow solved the final mind-crunching puzzle in a matter of seconds – but was it brilliance or just a fluke – we weren’t quite sure, and he gave nothing away?!?

Over at room Dexter, the team was welcomed by blood, body parts, and strange medical equipment. As the clues started to tumble, Carly and Andrew very quickly uncovered a secret cold-room and subsequently managed to lock themselves inside, in total darkness, with only a few organs and blood samples to keep them company. Worst of all, the rest of the team couldn’t find a way in for ages!

With the pressure mounting to escape before Team Da Vinci, the last task really stumped team Dexter – a box with a series of lights that were the key to finally escaping was all that was left! Solving a complex calculation was required to elude the dangerous Dexter, and possibly win the night. Despite serious attention to solving this clue, the team could not seem to crack the code – no matter how many times they checked their calculations – until a breakthrough moment from Sean “Dr” Collins, calmly suggesting in a very patient way to perhaps ‘turn the box the right way around’…Pure genius!!! 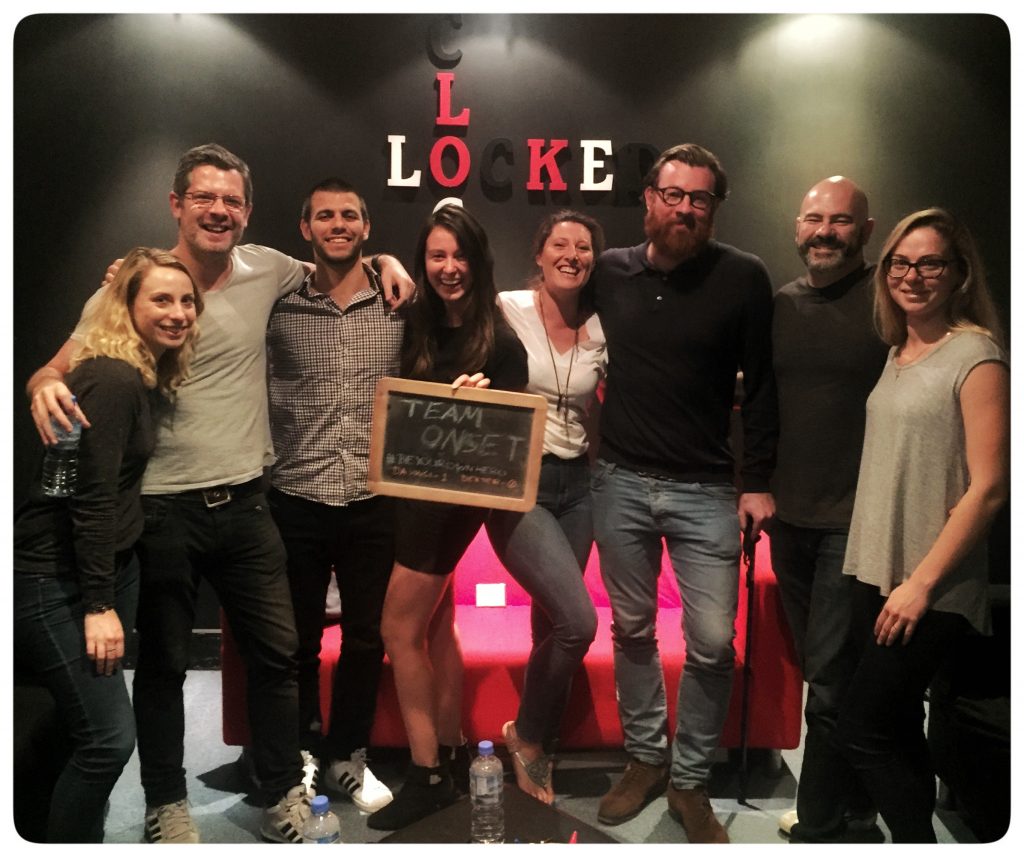 It was great to see both teams supporting each other throughout the task – lots of ideas and jokes being called out across both rooms kept the mood light and fun despite the eerie settings.

The series of puzzles really challenged our wits, highlighted our teamwork, and made us think in new ways. It was also obvious that there was more than one way to get to the key (as both teams unintentionally skipped ahead on a couple of the puzzles with out of the box approaches).

Anastasiya Loukienko, Be Your Own Hero
Newer Post Is Microsoft the New Apple? Older Post NodeGirls Coding Bootcamp
One size fits all? Uhhhh no.
Square Peg? Not us - not you!
Train hard to play hard!
Show me the money : Show me the quan!
Normal is boring!
United colours of Onset!
Be Mobile - Be Better!
Zero to Hero!
Get Defined!
Let's Chat
Share my resume
Looking for a contract hire?
Looking for a fulltime hire?
Do you want Great Candidates?
Career Opportunities