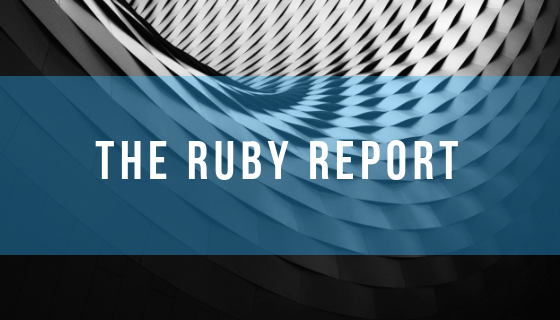 The Australian technology market is changing at an exponential rate. We’ve seen a huge rise in the adoption of emerging technologies and expansion of the startup space, with more incubators, increased access to funding and more community support than ever before.

For many startups, Ruby is a language of choice and as they scale, the decision to stick with, or move away from Ruby becomes an important one.

In this research we invited over 400 Ruby on Rails engineers to share insights into the market.

What you’ll learn from this article

1.     Only 1 in 3 of the engineers surveyed believe Ruby on Rails is increasing in popularity

What’s happening in the market?

We’re seeing established, post-funded tech companies like Envato and Culture Amp doubling-down their investment into Ruby with aggressive hiring strategies. With some Ruby on Rails houses set to recruit over 40 RoR Engineers this financial year.

Equally, we’ve seen new tech startups considering their options with alternative languages and frameworks. In 2019 and beyond, Ruby on Rails’ speed of development may no longer be the obvious choice. From a review of Angel List’s job board, it’s clear Ruby has strong competition from server-side JavaScript and Python.

2.     2 in 3 Engineers believe Ruby will remain their primary skill in 3 years time.

Which is great news, but does this indicate a 1 in 3 drop off and should the Ruby on Rails community be concerned about this? If there is indeed a continued decrease in new startups investing in Ruby on Rails and signs of more established high-growth businesses opting to move to other languages, could this be the beginning of Ruby’s decline?

What we are seeing is an increase in tech businesses diversifying their tech stack. GitHub is a recent example of this as they’ve made a move to Go and Java. This is not to say that everyone will move away from Ruby on Rails, natural attrition is part of any cycle and we’ll learn later in the article what other languages Ruby on Rails engineers are learning to stay relevant.

Amy Skinner, Insights
Newer Post We’ve turned 4! Older Post Software Engineer Resume (CV): The Definitive Guide (Updated for 2019)
One size fits all? Uhhhh no.
Square Peg? Not us - not you!
Train hard to play hard!
Show me the money : Show me the quan!
Normal is boring!
United colours of Onset!
Be Mobile - Be Better!
Zero to Hero!
Get Defined!
Let's Chat
Share my resume
Looking for a contract hire?
Looking for a fulltime hire?
Do you want Great Candidates?
Career Opportunities